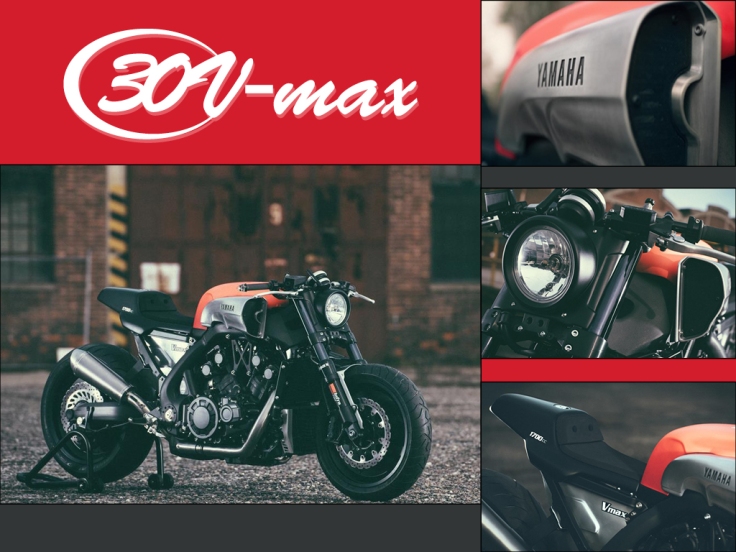 Yamaha have a big birthday bash for the v-max, which is 30 years old this year. Yamaha have already released the carbon updated version of the new v-max, now, a german design team called JvB-moto have brought out the “Infared”, this is the original v-max, tweaked to make a “cafe racer meets dragster” style. It’s got a custom-made aluminium mudguard, a carbon-fibre headlight unit integrated into the forks and carbon wheel covers. It’s also been given clip-on bars, a carbon tank cover, and aluminium air intake scoops ‘crafted’ from those of a 1985 v-max. At the unveiling, the spokesman for yamaha said: “With the 30th Anniversary of the VMAX and the launch of the Infrared we would like to pay tribute to Kenji Ekuan for his contribution to the VMAX legend.”