I like movies and tv when i’m not out on my bike, even more when they have bikes in them. So i thought I’d start a new section that I could put some of the iconic bikes from the screen into my blog.

The first one I thought I would put in was the bike used in the latest season of the Walking Dead. They use a modified Honda CB750, with a front end off a Yamaha YZF-R6. Applying some rustic paint and chunky tyres, and you have an ideal bike for touring the apocaliptic back woods of a zombie filled America. Plus there is space for your crossbow on the back. This was the second bike the character “Daryl” has used in the show, the first bike will appear at some point later. 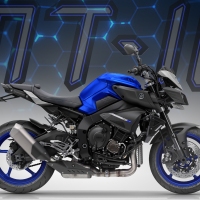