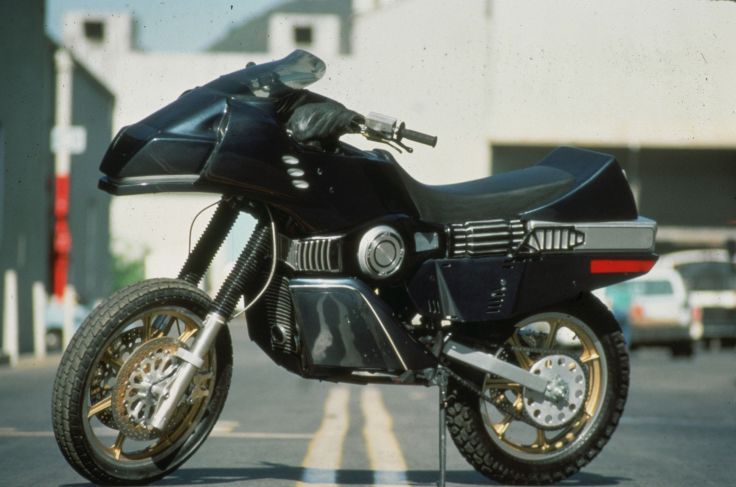 Back in 1985, ‘ABC’ aired a new show about an ex-motorcycle cop and dirt bike rider, injured in the line of duty and then recruited by a top secret government agency, to ride “Street Hawk”. Street hawk is an experimental all-terrain, attack motorcycle. Capable of reaching speeds of up to 300 MPH and lots of firepower, it was designed to fight urban crime. The show lasted for 13 episodes before being canceled. It obviously didn’t live up to the heights of Knight rider.
Street hawk was really just a modified 1984 Honda XR500s, but modified to look futuristic in a mid eighties kind of way.